Chanda Kochhar ( née Advani, born 17 November 1961) is the former managing director and chief executive officer of ICICI Bank. [1] However, on 4 October 2018, she stepped down from her position as part of government change of banking procedure. Her contribution to portfolio included Videocon and board of ICICI Bank. After her exit, Sandeep Bakhshi, who was the interim Managing Director and CEO became the full-time MD and CEO of ICICI Bank. [2]

Kochhar was born in Jodhpur, Rajasthan in a Hindu Sindhi family. She was educated at St. Angela Sophia School, Jaipur. She then moved to Mumbai, where she joined Jai Hind College and earned a bachelor of commerce degree from the University of Mumbai. After graduating in 1982, she studied cost accountancy from Institute of Cost Accountants of India, and later did a master of management studies degree in University of Mumbai from Jamnalal Bajaj Institute of Management Studies. She received the Wockhardt Gold Medal for Excellence in Management Studies as well as the J. N. Bose Gold Medal in Cost Accountancy. [3]

In 1984, Kochhar joined the Industrial Credit and Investment Corporation of India (ICICI) [4] as a management trainee. During her early year at ICICI, she handled project appraisal and monitoring and evaluated projects in industries such as textile, paper and cement. [3]

Kochhar was instrumental in establishing ICICI Bank during the 1990s. In 1993, Kochhar was appointed as one of the core team members who were assigned the responsibility of setting up the bank. She was promoted to assistant general manager (AGM) in 1994 and then to deputy general manager (DGM) in 1996.

In 1996, Kochhar headed the newly formed Infrastructure Industry Group of ICICI Bank, which aimed to create dedicated industry expertise in the areas of power, telecom and transportation.

In 1998, she was promoted as the General Manager (GM) and headed ICICI Bank’s major client group, which handled relationships with ICICI’s top 200 clients. In 1999, she also handled the strategy and e-commerce divisions of ICICI Bank.

Under Kochhar’s leadership, ICICI Bank started building the nascent retail business in 2000 focusing largely on technology, innovation, process engineering and expansion of distribution and scale. In April 2001, she took over as executive director. [3]

In 2006, Kochhar was appointed as deputy managing director of ICICI Bank. In 2006–07, Kochhar handled the international and corporate businesses of the bank. From 2007 to 2009, she was the bank’s chief financial officer (CFO) and joint managing director. [5]

In 2009 Kochhar was appointed as managing director and chief executive officer of the bank and has been responsible for the bank’s diverse operations in India and overseas. [6] She also chairs the boards of most of the bank’s subsidiaries, which include India’s leading private sector life and general insurance companies.

Kochhar is a member of the India–Russia Business Leaders Forum and the US-India CEO Forum. [7] She was the president of the International Monetary Conference, an organisation that annually brings together the chief executives of approximately 70 of the world’s largest financial institutions from 30 countries, along with officials from government institutions in 2015–16. She is the deputy chairman of the Indian Banks Association. Kochhar is the chairperson of the board of governors at IIIT Vadodara. She is also on the boards of the National Institute of Securities Markets and Institute of International Finance. Kochhar has been a member of the Prime Minister’s Council on Trade & Industry, the Board of Trade and High-Level Committee on Financing Infrastructure. She was co-chair of the World Economic Forum’s Annual Meeting in 2011.

Kochhar received an honorary doctorate from Carleton University, Canada in 2014, [8] in recognition of her pioneering work in the financial sector, effective leadership in a time of economic crisis and support for engaged business practices. She was conferred with the Padma Bhushan, one of India’s highest civilian honours, in 2011. [9]

Acting on a 2016 allegation of a shareholder of Videocon Group over a possible conflict of interest of Kochhar, ICICI Bank’s board reviewed its credit approval process and found them strong and cleared Kochhar of the allegations. On 4 October 2018 she stepped down from her position as Managing director and CEO of ICICI Bank, following a fresh complaint from an anonymous whistleblower. [10] [11] [12] After an enquiry concluded that she had violated the bank’s code of conduct regarding conflict of interest  and due disclosure or recusal requirements, she was terminated from service. [13]

In 2011, Kochhar was awarded the «ABLF Woman of Power Award (India)» at the Asian Business Leadership Forum Awards. [28]

Kochhar was ranked as the most powerful businesswoman in India in Forbes’ list of ‘The World’s 100 Most Powerful Women 2013’. [29] Kochhar was also featured in the Power List 2013 of 25 most powerful women in India by India Today, for the third year in a row. [30]

In 2017, Kochhar was featured in Business World magazine’s ‘BW’s Most Influential Women’ list as an evergreen woman leader. In May of the same year, she received the Woodrow Wilson Award for Global Corporate Citizenship from the Woodrow Wilson Centre located in Washington, US. She is the first leader to receive an award in this category. [36] In the same year, Kochhar was ranked 5th in Fortune’s list of ‘Most Powerful Women in business outside the U.S.’. [37]

Kochhar allegedly favoured Videocon Group in lending practices. [38] [39] ICICI Bank said it has decided to institute an independent enquiry into the allegations. [40] On 29 March 2018, The Indian Express first reported that Videocon group promoter Venugopal Dhoot provided crores of rupees allegedly to NuPower Renewables Pvt Ltd (NRPL), a firm he had set up with Chanda Kochhar’s husband Deepak Kochhar and two relatives six months after the Videocon group got ₹3,250 crore as loan from ICICI Bank in 2012.

He allegedly transferred proprietorship of the company to a trust owned by Deepak Kochhar for ₹9 lakh, six months after he received the loan from ICICI Bank. The Videocon account was declared an NPA (Non-performing Assets) or a bad loan in 2017 according to the report. «The Income Tax department is also probing the acquisition of the swanky family residence of Chanda Kochhar, the CEO and MD of ICICI Bank, in South Mumbai by her husband Deepak Kochhar in a complex transaction involving firms linked to Videocon Group», reported the Indian Express.

On 24 January 2019, Chanda, her husband Deepak, and industrialist Venugopal Dhoot were named in a CBI FIR for cheating and defrauding ICICI Bank to the tune of ₹1,730 crore. CBI detailed the modus operandi and charged them with offences punishable under Section 120B (conspiracy) and 420 (cheating) of IPC, section 7 (taking gratification) and 13(2) (criminal misconduct) read with 13(1)(d) (pecuniary advantage) of the Prevention of Corruption Act. [43]

Following CBI action, the Enforcement Directorate lodged a case of money laundering against Chanda Kochhar in connection with loans disbursed by bank to the Videocon Group which later turned into NPAs. [44] There are several public complaints sent to the Ministry of Finance, particular to the Union Finance Minister suggesting to withdraw esteemed civilian awards such as Padma Shri and Padma Bhushan awarded to Chanda by the Union Government of India. The Enforcement Directorate attached the properties of Chanda Kochhar and her family in connection with the money laundering case on 10 January 2020. The book value of the attached assets was ₹78 crore according to ED. [45] Chanda Kochhar was granted bail by the special PMLA court in February following her appearance before the court and honouring the summons issued against her. She has never been arrested in the case. The Enforcement Directorate (ED) on 24 August 2021, Tuesday, submitted draft charges against Chanda Kochhar, her businessman-husband and other accused in a special PMLA court in connection with a money laundering case. [46] 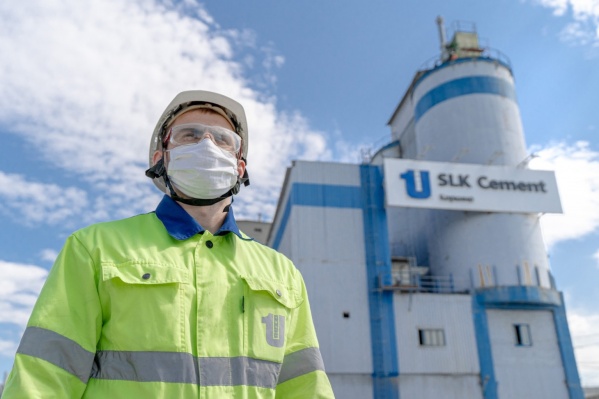 Предупреждение: Fusion Media would like to remind you that the data contained in this website is not necessarily real-time nor accurate. All CFDs (stocks, indexes, futures) and Forex prices are not provided by exchanges but rather by market makers, and so prices may not be accurate and may differ from the actual market price, meaning prices are indicative and not appropriate for trading purposes. Therefore Fusion Media doesn`t bear any responsibility for any trading losses you might incur as a result of using this data.

Fusion Media or anyone involved with Fusion Media will not accept any liability for loss or damage as a result of reliance on the information including data, quotes, charts and buy/sell signals contained within this website. Please be fully informed regarding the risks and costs associated with trading the financial markets, it is one of the riskiest investment forms possible.